As briefly discussed in the second video of this series, security in IoT is critical. With the amount of data created and the sensors offering new points of entry for hackers, it has never been more important to choose your technology partner carefully.

Since the creation of our IoT department in 2016, we have been working tirelessly on developing our IoT solutions to be the most secure on the market. That is why, contrary to most IoT providers, we store 100% of data in Australia. So not only is stored data incredibly secure, but it also cannot be mined by overseas companies.

Here is the transcript of Outcomex’s Things to Consider When Moving to the Edge video above:

It’s really important that we deal with security in IoT on scale, and that we take lessons out of the ways we have deployed security solutions for other networks in the past, but be cognisant about the fact that we’re opening on a huge amount of scale to the data and that’s extremely important…

It’s really dangerous because you’ve now got thousands of new devices connecting, you’ve never seen previously and it keeps on proliferating. The problem is solvable though. What we’ve done in the past like using the Cisco technologies to secure the broad front of attack, still works with IoT. It’s just a matter of designing, implementing, and being cognisant before we deploy.

When it comes to the application, we’re focused on ensuring that not only is the data delivered with integrity, but the data at risk is secure, the data in transit is secure, and that all the reporting of algorithms are secured fundamentally at an application layer. So the technology we use to do that are broad based, we use them within our normal corporate environments, and again most of ours in underpinned by Cisco, a market leader.

Things like Cisco ISE allow us to segment the LANs and that is critical when you have an abundance of connected devices. For example, at a university campus, end user departments are bringing in smart devices like smart clocks, thermometers, etc. without always getting them vetted by their IT department. It can be hard for IT to keep up; they start seeing these devices on the network when they didn’t even know they had them on campus. So using some of the Identity solutions that Cisco has, one of them being ISE, allows segmentation and forces the data to end up where it needs to be as opposed to everywhere.

In addition, the platform we’ve developed enables an end-user to take control of their IoT. For instance, every new smart device brought onto the network will end up being seen on that platform, so you’ve got control; you can see what it’s doing, where it is, and what it’s talking to.

We deploy IoT the same way we deploy other products, on the same networks, and allowing IoT data to transit networks that are already built, while utilising those networks in another way. We’re trying to amortise the cost of delivery of these infrastructure across networks that already exist, and I think that’s really important too; same controls, same infrastructure, etc. So the same set of investors can drive multiple use cases, and I think that really speaks well to the mass and scale that we need to employ.

The two main reasons for choosing Cisco for the infrastructure behind an IoT project are; their sturdiness and their security. Firstly, we install devices like gateways and access points out into extreme weather conditions, and we don’t want to be visiting them often, and Cisco’s Industrial range works really well despite the hard conditions. Secondly and most importantly, the Cisco devices that we use have in-built end-to-end security since we’re putting these solutions into enterprise base hospitals, smart councils, etc. These places have already got existing networks, so we’re just adding an IoT network. We want to use the end-to-end network benefits associated with that.

If we think about the concepts of manageability, of cost, and all those things that resonate in a large corporate network roll-out, if we can leverage an existing investment and use best practice, and just scale it slightly out further whilst utilising the investment network, it gets really interesting for the customer. It creates the right outcomes, in terms of the commercial side of things, and allows them to be flexible about the kinds of services they add without adding huge amounts of cost or complexity.

Public Disclaimer: Outcomex has adapted the transcript to facilitate its reading.

Have a look at the other videos and articles in the IoT series: 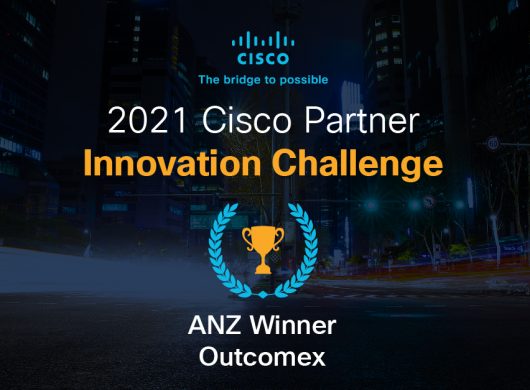 For the second time, Outcomex have been awarded first place in the 2021 Cisco ANZ Partner Innovation Challenge for TransportDeck, our end-to-end IoT solution for the transport industry. 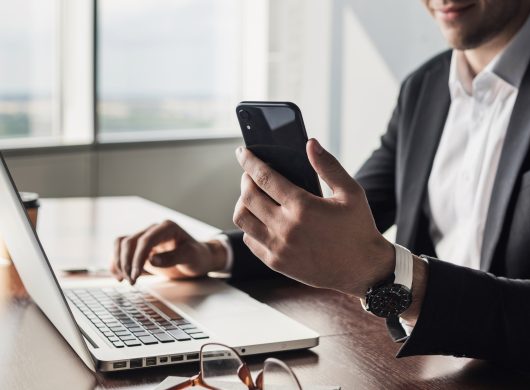 Radware’s WAF and API protection services protect against even the most sophisticated, zero-day vulnerabilities on web applications and more. 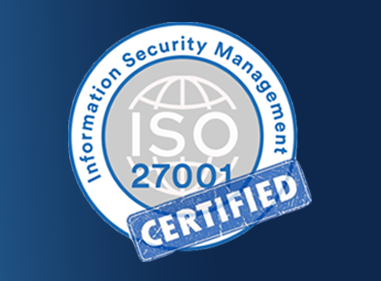 Securing the ISO 27001 certification means that Outcomex is one of the best globally for our information security practices.